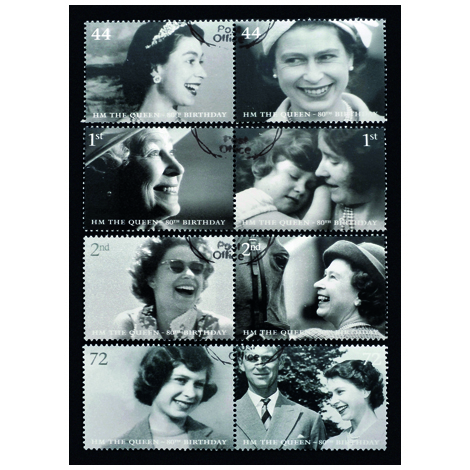 It’s the Queen’s birthday this month; not her posh official one, that’s in June, but her real one. She stars in two of our collections – Best of British and Visions. To celebrate we are offering a 20% discount on both ranges until 9:00am on Monday 12th April 2021 (offer limited to eight packs per customer maximum). 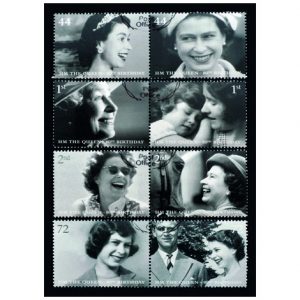 I love this set of stamps they show a much lighter side to her than we have seen for some years. It’s amazing to think that the Happy & Glorious short film (with Daniel Craig as James Bond) was for the 2012 Olympics, that’s almost ten years ago!

The painting in Visions is more like we know her now, but equally beautiful.

And the queen is just one of the many great pictures in both these ranges. Big Ben, a Mini, a London Bus and taxi are all part of the Best of British collection. It also includes colourful deckchairs and beach huts, a classic bulldog, red telephone box and post box.

And, I never knew this, but someone recently pointed out that the post-box we have used, isn’t an ‘original 1800s’ one, but a modern copy. The things some people know! Modern or not it’s still a great picture. 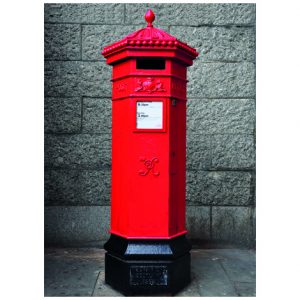 Visions is a mix of classic and modern contemporary art, and it has another British element to it with the painting of Tower Bridge. 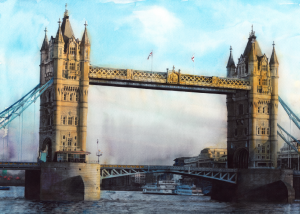 Whether you want to celebrate all things British or enjoy art, we hope you will enjoy the discount, but remember at 9:00am on Monday it’s gone.

Click here to see all the best of British cards and claim your 20% discount, and here for Visions.

Pick Your Own Postcards 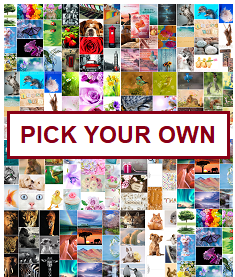